The purpose of this blog is help people improve their Mind, Body, Soul (relationships) and their Money.

After nearly 40 years of not really liking Disney I have a new found respect for the man and possibly the company as a result after watching a movie about his early life as an entrepreneur.

He went through a couple major stumbles before becoming successful.

For the longest time I rankled a little bit when I heard of Disney this and Disney that mainly due to a protest I witnessed in college that outlined all of the stuff the Disney company owns.

I now retreat a little on my hatred out of my appreciation for how much he went through to create an awesome company that started with him drawing horses as a kid. I may write more shortly - but it's almost 1:00 AM and I have to get up in 3 hours.
Posted by D R White at 12:42 AM 1 comment:

So after waking up again after just a little bit of sleep, I decided to go to regular Saturday morning get together. I took 2 capsules along with some cereal right before going.

About an hour into the get together I could barely remain conscious so I headed home grabbing a coupe items from the grocery store en route.

When I got home - at about 9AM I immediately laid down and did not wake up again until 1:00 PM.

Throughout the day I may have been a little more focused but not noticeably so.

I will likely end the 30 day experiment here. If this is not the case - keep an eye out for a day 8 update tomorrow.
Posted by D R White at 5:08 AM 2 comments:

After getting a good 8-9 hours or sleep from the prior day. I took the pills reluctantly on the 6th day.

I felt slightly more focused than normal but nothing compared to my 2nd day where I was ultra focused on the tasks at hand. I also had a little bit of cereal before taking the pills.

I'm writing this on the 7th day after having far too little sleep again. I popped pills anyway for consisentcy and will advise on results after I take a much needed catnap - now.
Posted by D R White at 9:15 AM 4 comments:

So today/yesterday was a bit different. I went to bed around 10:00 AM on Wednesday night only to  wake up around 1:00 AM Thursday. I immediately tried to go back to sleep but my mind was amped up to a degree where my thoughts would not calm down enough for me to sleep after trying to sleep for 2 hours I decided to do the next best thing and I went to the gym...at 3:00 AM. I finished around 4:00 - got home around 4:45 after getting some gas and tried to rest my body for an hour but the thoughts wouldn't let me.

Long story short I felt like I was going to pass out around 2:00 PM at work but somehow powered through. After work met with a freelance client/friend - conversation was interesting and engaging so I didn't nod off there.

For some reason I thought it might be a good idea to go to a networking event that was on the way home (kind of) from the clients house. As soon as I walked in my body and brain screamed in unison "you can't do this" and I discreetly walked out.

When I got home I had a snack or two and then tried to take a catnap at 7:00pm thinking I would wake by 9or 10pm. I was woken from a call from Papua New Guinea at 1:00 AM from my wife and son.

As I look at my clock right now it is 1:52 AM Friday morning. I will give the drug the benefit of the doubt this weekend I think and then may restrict use after that for safety's sake. I sleep as little as it is and depriving me of sleep further or largely altering my sleep patterns I believe is "no bueno".

I will now try to eat something and attempt to go back to sleep. Thanks for reading.

What a difference a day makes. OK, a day and sleep.

So I got about 7 hours of sleep last night and I tried the Cavalier - Cognitive & Stress Support formula again this morning with no food and I was again back on track as far as focus goes. I popped the drug as I went to work at about 6AM on a completely empty stomach and I felt much more on task today and also much less irritable. I was also less paranoid than I typically am.

Today I was pretty alert the full time at work and still felt pretty good until about 5PM  or so. (I got off at 2:45PM)

The effects started to wear off around 5:30 or 6PM. I'm encouraged and will continue to try it with water and no initial food in the morning - although I don't recommend you try this as there is likely a reason they recommend it is ingested along with food.
Posted by D R White at 9:03 PM 1 comment:

Today, Day 3, definitely didn't have awesome results but at the same time I failed to get my 6 hours of sleep as I was attempting to do.

I took the pills this morning and ate some yogurt at essentially the same time and had different effects from yesterday.

Shortly after taking the pills my heart began beating a bit faster and about an hour later that accelerated heart beat subsided.

As far as focus - as normal- for me it was gone - out the door. I could not keep my attention for the majority of the day.

So far the results seem very sporadic for this product.
Posted by D R White at 6:55 PM 1 comment: 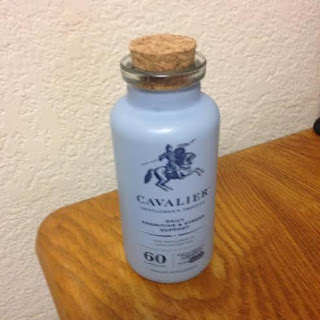 I popped the (2)  pills just before going to work.  I didn't notice anything immediate but my mindset was considerably more focused and much less "Monkey-Mind" than a typical day at work.

By contrast at a typical day at work I am usually distracted by anything and everything to a very negative degree but today I stayed on my task and actually got past a block I had editing video before by simply remaining focused.

I even skipped my usual lunch so I could power through and get some work done.

One thing I definitely did not do was pop the pills with a full meal. I had some yogurt shortly after popping the pill (maybe 20 minutes later) but I did not eat something before swallowing the pills. On the bottle it clearly suggests "Take One Serving (2 capsules) once daily with Food."

To be honest yesterday I had a nice 2- 2.5 course meal worth of 1/2 healthy & 1/2 really unhealthy food which may have affected how the first serving interacted with my body chemistry.

One definite side effect was that about 10 minutes after leaving work it was as if both brain and body united and said "We're done with this sh*t" and I became noticeably tired & less focused.

This could possibly be explained away by me only getting 4 hours of sleep last night (my average is 6 hours) so I will have to try getting some sleep tonight and see if that issue still lingers tomorrow assuming I do get my standard 6 hours of sleep in.

After talking to a friend/potential client shortly after arriving home about an hour later I was extremely exhausted. After our conversation I decided to lay down for a moment instead of sitting up for meditation and fell right to sleep - waking myself an hour and a half later.

I will update again tomorrow.
Posted by D R White at 6:59 PM 1 comment: 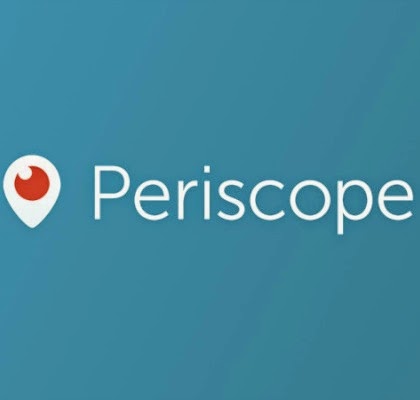 I Periscope, Do you?

Podcasts I listen to:

Listen to Old Podcasts for Free - on Udemy